Our ambassadors know how to cook a good burger.
And when it comes to a BUBBA, they're the pro's. 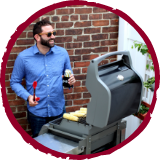 Dan Whalen is the culinary mad-genius creator of the popular recipe blog The Food in my Beard and the author of S’mores and Tots!. Since starting his website in 2008, he has published more than 1,000 recipes that have been viewed over 6 million times, and has produced numerous viral videos including a Quesadilla-Bun Burger video that has racked up 40 million views. You may have seen him on The Today Show, CBS Sunday Morning, Guy’s Grocery Games and The Rachael Ray Show, among others. He recently moved from Boston to Columbus, Ohio with his wife Georgina who is also a blogger and content creator. 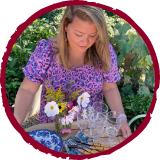 Kate Bowler is the author of the award-winning lifestyle blog Domestikatedlife.com where she writes about festive entertaining tips, simple recipes, DIY projects and life as a mom. She is also a cookbook author: New England Invite: Fresh Feasts to Savor the Seasons is filled with easy entertaining menus for every season and occasion. Her recipes and styling work have been featured in publications such as Martha Stewart Living, Better Homes and Gardens and The Boston Globe. 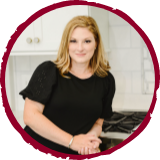 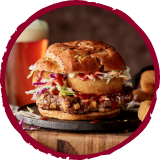 Thefeastkings is a food social media account with 500,000 followers on Tiktok and 169,000 followers on Instagram. The account started in 2016 when the King was on a mission to find the best food options in his hometown of New York City. He quickly found himself constantly being asked for food advice and recommendations. Instead of limiting his pictures and recommendations to himself, he decided to start @thefeastkings social media accounts. Thefeastkings now focuses on creating recipes, showcasing restaurants and highlighting the best food options that America has to offer. His TikTok has over 30 Million likes and 10 of his videos have over 10 Million views. 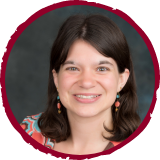 Carla Cardello is the recipe developer and photographer behind the food blog Homemade In The Kitchen where she specializes in small batch recipes and recipes for two. Since starting her blog in 2007, she has published over 1,000 recipes from her kitchen in Pittsburgh, PA. Carla also has her culinary degree and carefully tests each recipe to ensure it can be recreated successfully in a home kitchen without any doubt. 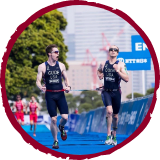 Kyle lost his sight at age six due to Bilateral Sporadic Retinoblastoma. After meeting world-class blind athlete Erik Weihenmayer, Kyle made the choice to live his life without limits and pursue a life of adventure. Kyle has been a competitive rock climber, high school and college wrestler, downhill skier, and endurance athlete.
In 2018, Kyle was a member of the first team with all blind or visually impaired stokers (person on the back of a tandem bike) to complete Race Across America. He also became the first totally blind athlete to complete an Ironman 140.6 branded triathlon in under 11 hours. Most recently, Kyle represented Team USA at the 2020 Paralympics in Tokyo in the sport of Paratriathlon. He lives and trains out of the Olympic and Paralympic Training Center in Colorado Springs as he prepares to tackle the challenge of returning to the Paralympics in Paris 2024